Portonovo Italy: when the land meets the sea

Portonovo Italy, nestled in the Conero Natural Park in Le Marche, is famous for its unspoiled nature and crystal-clear beaches. But Portonovo is much more than a beautiful bay. Its history is fascinating and combines the life stories of fishermen, peasants, and cooks.

Here, the relationship between the land and the sea is part of a very important cultural heritage that can’t be forgotten. Are you ready to discover this special place from a different point of view?

Dive in the Portonovo story

“Once upon a time there was a farmer. Every day he worked on his land, which provided the basis of the cuisine of his territory. One day, to increase his earnings, he went down the coast and started fishing. Not being very well equipped, he began to use a pitchfork, a classic peasant tool, to tear the wild mussels out of the rocks.

He didn’t know it at the time, but that gesture would change the gastronomic history of his territory. ”

Until the post-second war period, fishing was carried out with rowing boats, known as “battane”, and represented an earning supplement for the peasants of the hamlets of Poggio, Varano, Massignano, Pietralacroce and the Municipality of Sirolo and Numana.

Emilia, whose real name was Giulia Palmina Gasparoni, was the first person who, in 1929, decided to go down to the beach and organize lunches for the first tourists from Ancona. She brought raw materials of the land and mixed them gradually with the local fish and seafood.

Even today, you can feel this traditional atmosphere in the bay. The restaurateurs and hotels of the area are committed every day to preserve the traditional stories and recipes, without forgetting to differentiate the types of menus and hospitality. A sort of balanced territorial network has been created and works as an extended family. 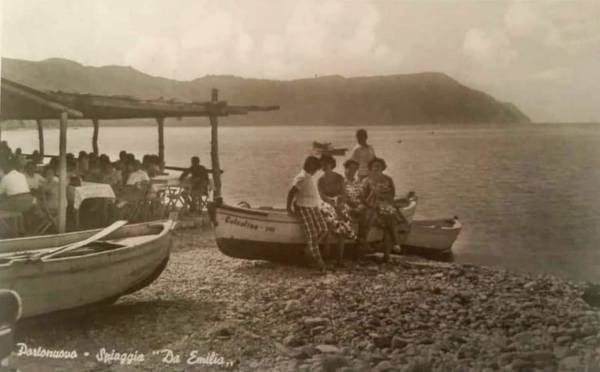 Around Ancona, mussels that reproduce naturally and live attached to underwater rocks of the Conero coast are known as “moscioli”. It’s also a Slow Food Presidium. Slow Food is a global organization, that prevents the disappearance of local food cultures, traditions and helps ancient crafts. Would you like to know the difference between the mosciolo and the regular mussel? Let’s ask it directly to the protagonist:

“Hi, my name is Mosciolo, it’s nice to meet you. Please, don’t call me “mussel”.
I’m not touchy, but please don’t call me mussel.

I am not intentionally raised, I was born spontaneously in the Conero rocks.

The fisherman manually tears me away with difficulty, and I am not picked up with mechanical tools.

My shell is not smooth or polished: it is very experienced and has many stories to tell you.

To be honest, my taste is different. The quality of the water where I live and my healthy diet offers a special fragrance and taste.

I am a “marchigiano” in love with my territory and I live exclusively on the rocks of my coast.

You will not find me anywhere else.

It’s nice to meet you, my name is “Mosciolo“.

So, the mosciolo is even more unique for the natural and social context in which it grows. Along the Portonovo Bay, there are many restaurants where you can taste this delicious specialty. So, if you would like to eat like a local, don’t forget to ask for pasta with “moscioli” [MOh-shoh-loh] at the restaurant! 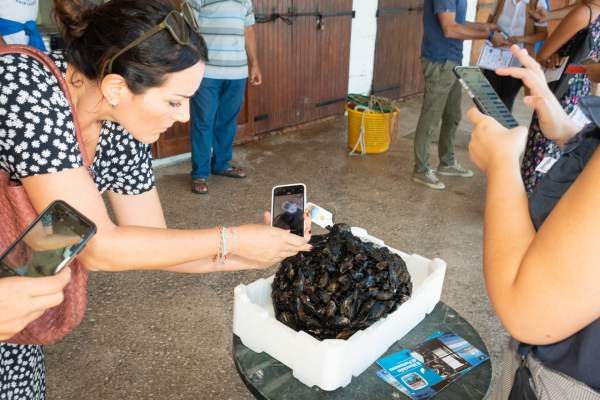 Discover the importance of the Small Fisherman Cooperative

In my opinion, the local fishermen are true guardians of the cultural heritage of this territory. Their deep and respectful relationship with the sea preserves many Portonovo secrets. Many of them are not written in books or put online. For example, the use of the pitchfork, to tear the wild mussels out of the rocks: I just discovered it by talking to a local fisherman.

Unfortunately, with the generational changes and the difficulties related to fishing methods, today the cooperative has just 13 fishermen, 8 of which specialize in moscioli fishing. The last fishermen working in the bay can be found in the Portonovo Fishermen Cooperative. It’s so sad to think that this ancient profession is at risk of dying out.

The main activity of the Cooperative is moscioli harvesting, limited fishing to ensure natural reproduction and safeguard the survival of these mollusks. 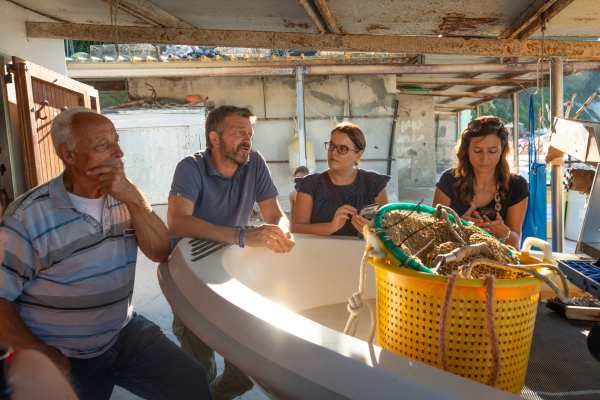 The fisherman and engineer Sandro Rocchetti and Roberto Rubegni (Slow Food), explaining us the Fishermen issues and the Mosciolo features. Ph Maurizio Pelosi

Is there something we can do as a tourist to support them?

I think there’s always a way to support the places we’re visiting, mostly with small actions.

Money spent locally stays local. Purchasing locally helps the local economy instead of handing over the earnings to a company in another city or country. Also, since the food itself moves through fewer hands, more of the money you spend will end up in the pockets of people growing and raising those foods. So, if you visit this area, choose to eat and buy the local food. For example, choose the local restaurant’s moscioli, instead of regular mussels. 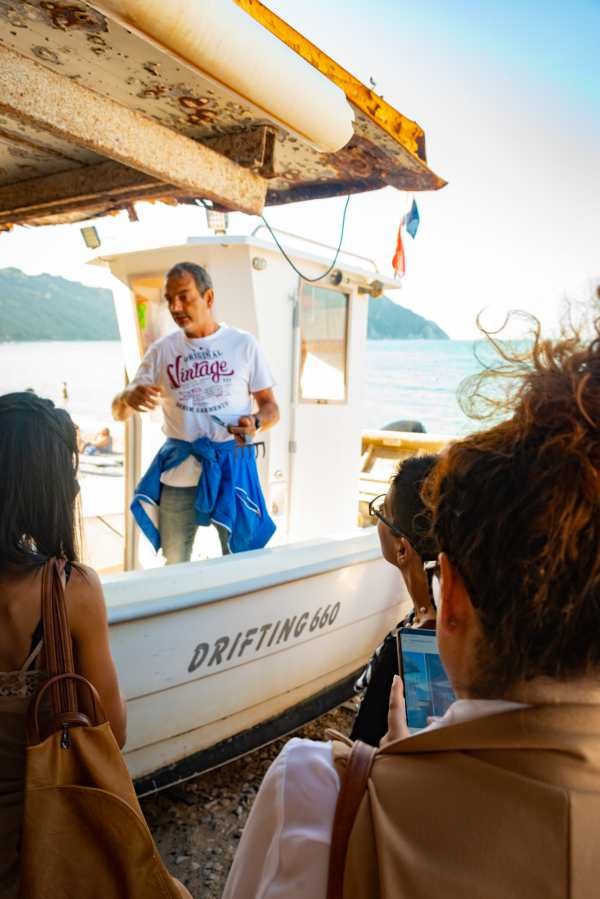 An ancient church, build with the Conero white stone, overlooking the Portonovo bay: that’s no doubt, it’s the “Santa Maria di Portonovo” church. Built on a cliff at the beginning of the 11thcentury by the Benedictine monks, was once an antique abbey.

The abbey was closed in 1320 after a landslide and was finally reopened for worship in 1934.

Thanks to its impressive beauty, the Romanesque church was cited by the famous Italian poet Dante Alighieri in the Divine Comedy. It’s a must-see!

Tips: don’t forget to check the church’s hours, as it is open only on specific days/ hours 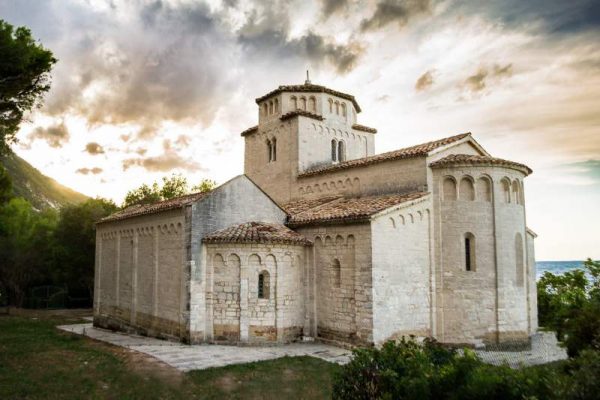 Admire the beauty of the Torre de Bosis, the ancient Guard Tower

This 18thcentury “Torre Clementina is a splendid tower built on the top of the bay to defend against invaders. The guard tower hosted famous Italian writers and poets such as Gabriele D’Annunzio. It was also a source of inspiration and house of the Italian poets and writers Lauro de Bosis and Alessandro Cortese de Bosis.  It’s magic! 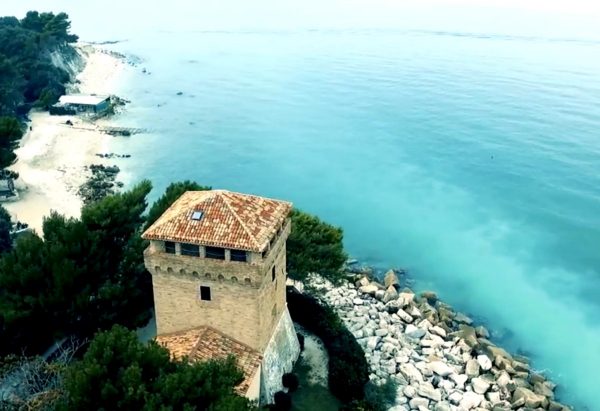 Don’t forget to admire the beauty of the “Fortino Napoleonico”, a military fortress dating from the early 19thcentury, which is now a hotel. It’s impressive! 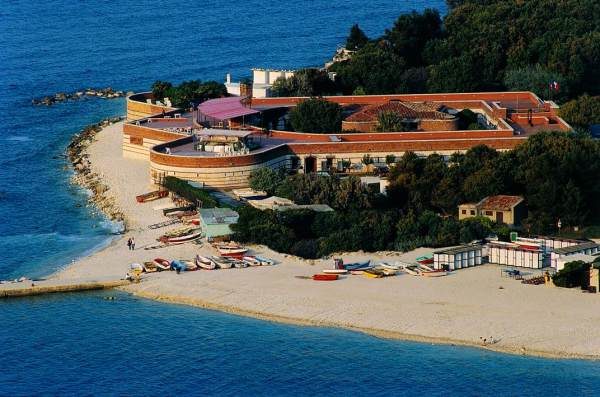 Enjoy the crystal-clear beaches of the Portonovo Italy

After enjoying some of the unique stories of Portonovo, I’m sure you’re ready to explore the wonderful beaches of this area with more enthusiasm! Mezzavale, La Vela, Il Trave…I wrote a post talking about all the main Portonovo beaches. Just check it out! And let’s help to preserve the beauty of these crystal-clear beaches! 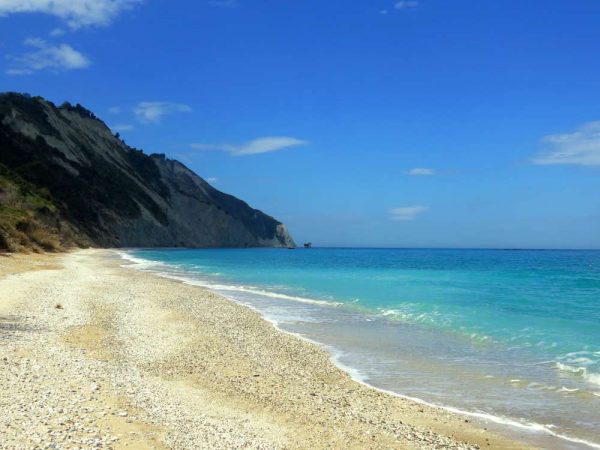 To live a complete experience in this area, I suggest you also enjoy the story of the land. Just 10 minutes by car from the coast, there’s an organic farmhouse that produces wheat, local herbs, vegetables, and legumes.

Michele and Raffaela Polenta are the owners of the Agriturismo Rustico del Conero, which offers rooms, apartments, and many interesting activities to explore, such as what you’ll find in Conero Park: electric bicycles, horse riding, and private events, as show cookings and private dinners for groups, and more. 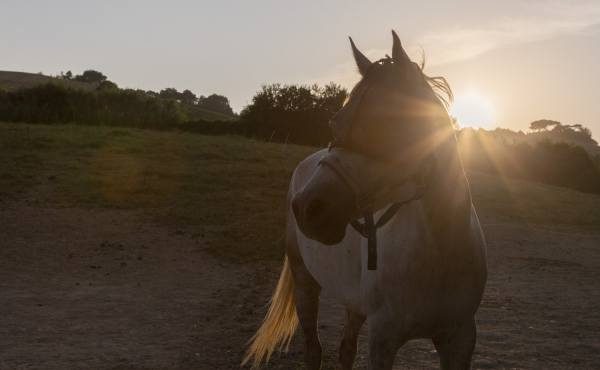 It’s a perfect place to relax, listen to nature’s sounds and to discover the beauty of Portonovo and the Conero Natural Park.

I had the pleasure of working with the owners in a European project with a focus on the Portonovo Bay. For me it was much more than a simple job: it was a great pleasure to work with them in an activity dedicated to this blessed territory.

I’m sure you’ll enjoy the slow life rhythm of Le Marche in their farmhouse! 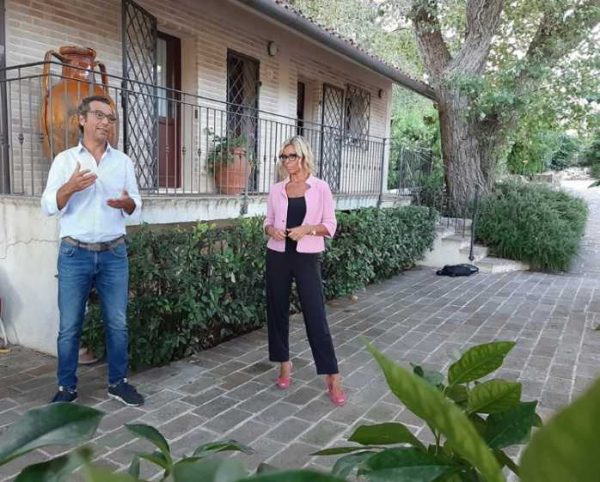 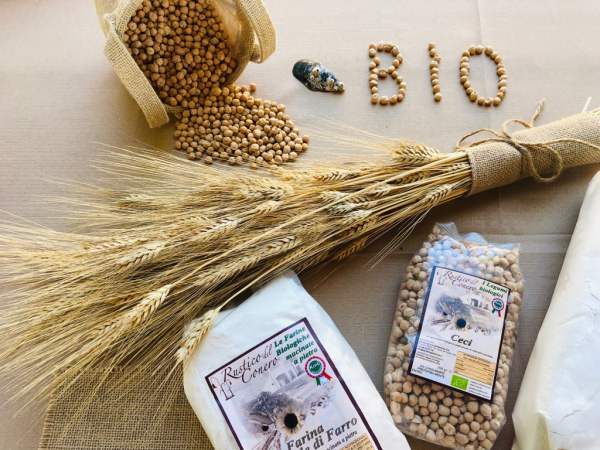 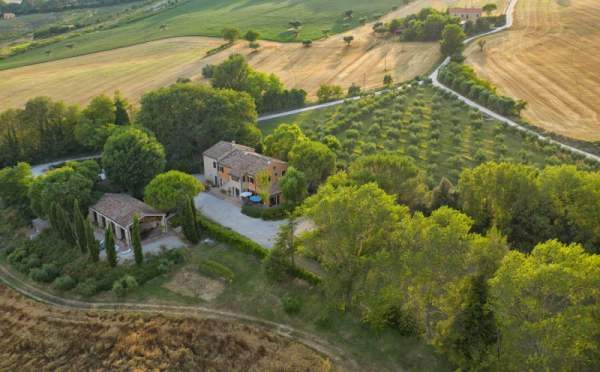 Sealand: when the land meets the sea | Private events in the Conero

Sealand is the name we gave to the project supported by the 4Helix Interreg Mediterranean & European Development Fund, in collaboration with Slow Food and the Fisherman Cooperative.

Inside the project, there was also an event format that we created to the Farmhouse, to promote its activity and the territory. A famous local chef, Gunther Wolff, with the support of chef Loris Sartini created some exclusive recipes mixing the organic raw materials of Rustico del Conero with the moscioli of Portonovo. The results? Creative and tasty dishes that could be prepared on special occasions. 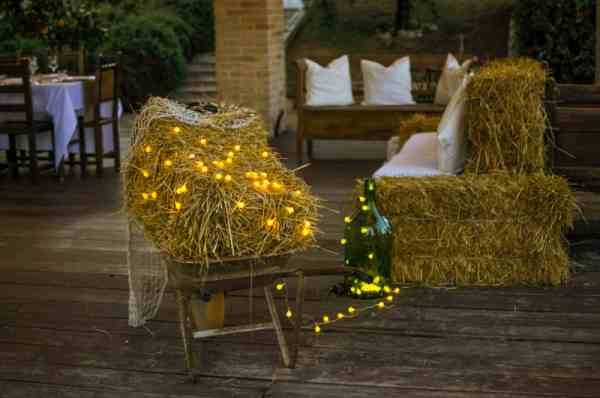 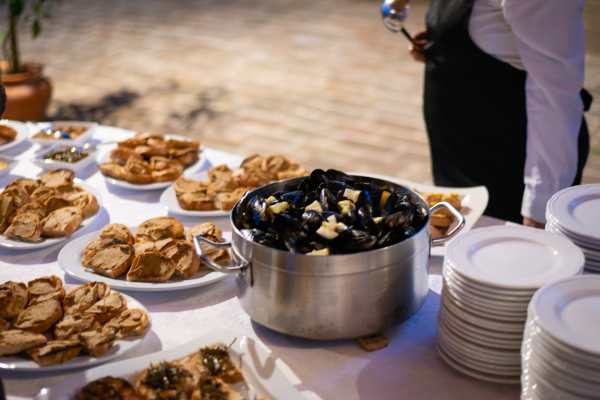 What does it mean?

If you would like to enjoy a private event that evokes the Portonovo story, with traditional or creative local recipes, in a special location, I can personally organize it for you in the Rustico del Conero. It’s a kind of rustic-chic environment, sea and land themed, very peaceful and friendly! 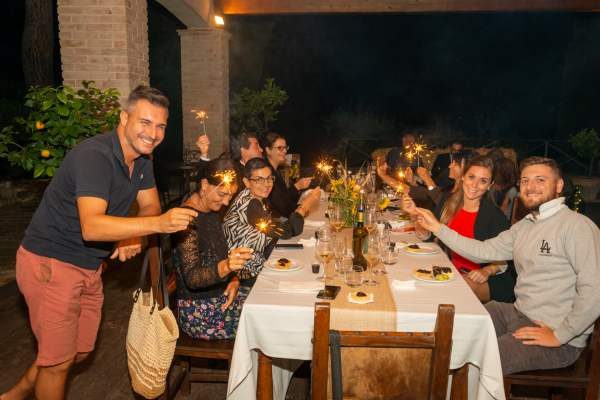 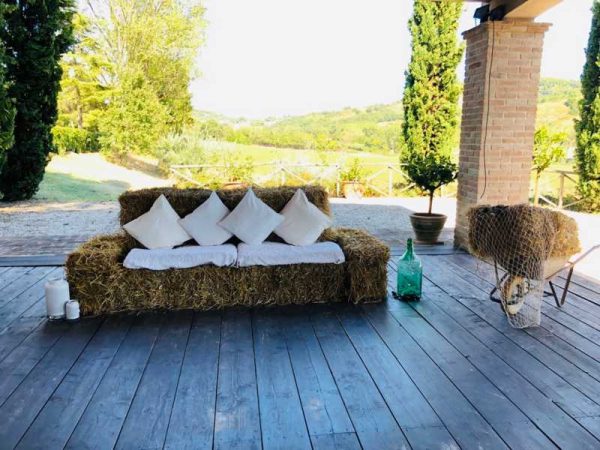 To have a different point of view of this area and experience, check out the blog post of my friend and super blogger Laura Teso of “My Corner of Italy”. If you love Italy, don’t miss her blog, all written in English. 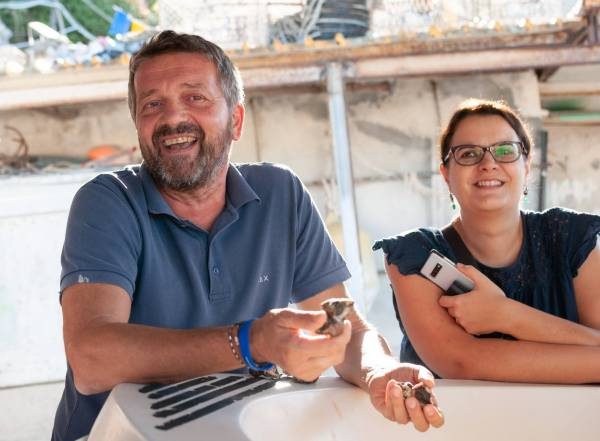 Are you ready to explore this hidden gem of Le Marche, with its fascinating story? Discover Portonovo Italy, where the land meets the sea. 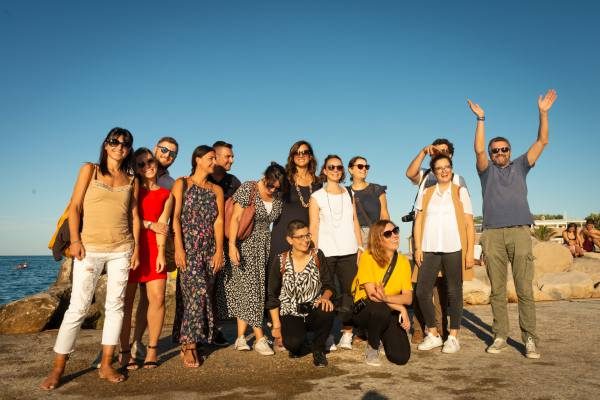 Thanks to all the people involved in this project and to the bloggers: Fra Gusto e Passione, About my Travel, Un trolley per due,  Vivere per Raccontarla, Viaggi e Sorrisi, Racconti di Marche, My Corner of Italy, Racconti dello Stomaco and  Trippadvisor.

About Juliana de Brito, the author 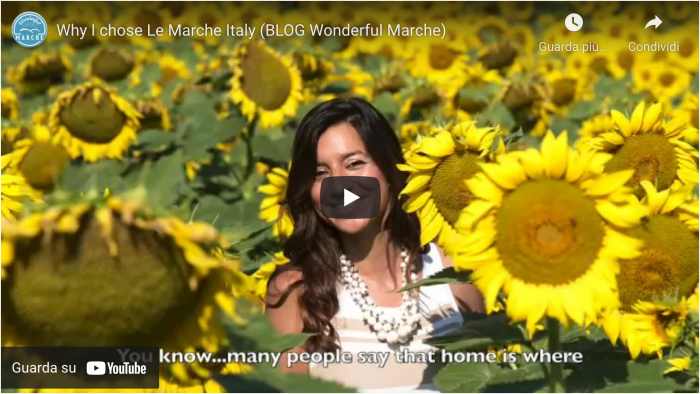 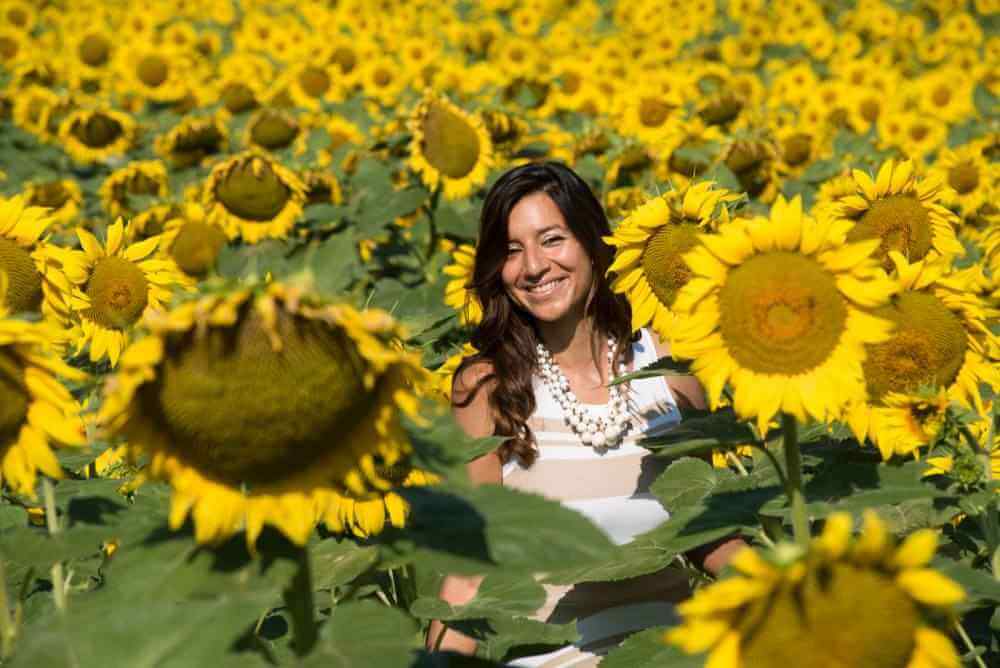 About Juliana
Hi, my name is Juliana de Brito, and it’s nice to meet you! I’m a citizen of the world: a mix of Brazil, China and Portugal. Would you like to know why I choose to just talk about Le Marche? Learn more about Juliana here. 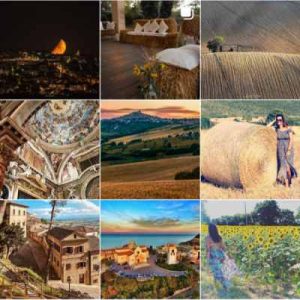 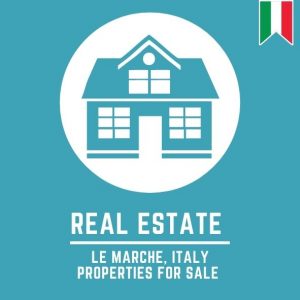 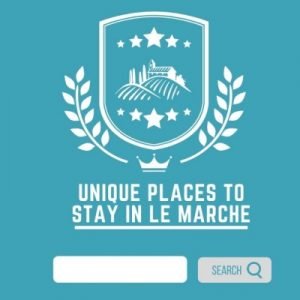 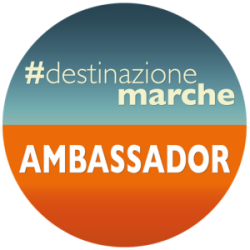 You can find out more about which cookies we are using or switch them off in settings.

This Privacy Policy sets out how we, Wonderful Marche, collect, store and use information about you when you use